Fleet livery copywriting for a construction team on the move 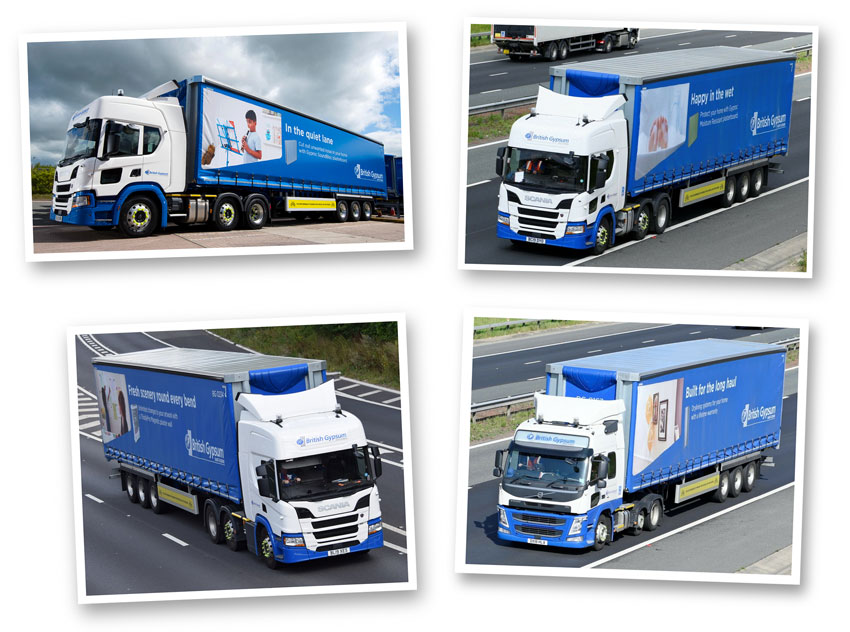 Nothing beats seeing your copy sail past on the motorway. That’s the kind of readership a writer dreams about. Took me by surprise too. When the team at STB Graphic Designers asked if I could help with British Gypsum‘s fleet livery copywriting, it awakened the dormant petrol head within.

Designer and client had already agreed the basic concept of text and image, but the interpretation was up for grabs. So I focused on product attributes (one sheet of plasterboard looks exactly like another) and turned each one into some kind of trucking pun. I also suggested the kind of image that would drive the point home. For example, I teamed a plasterboard that takes hard knocks with an image of children dashing down a school corridor, and tagged it Ready for the rush hour.

I did six products in all. A seventh – a fire-retardant board – went as soon as we realised how scary a truck would look if it carried any kind of image containing flames.