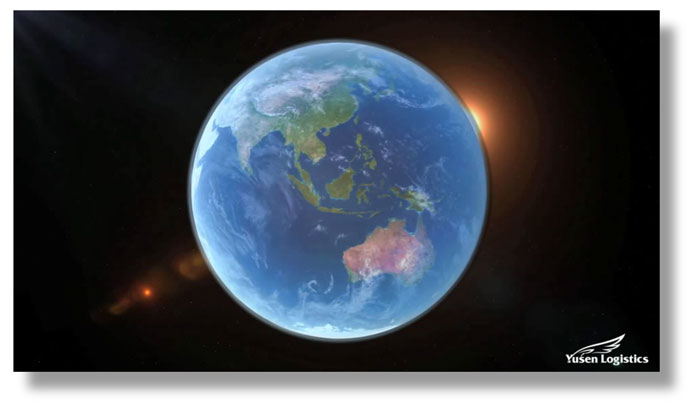 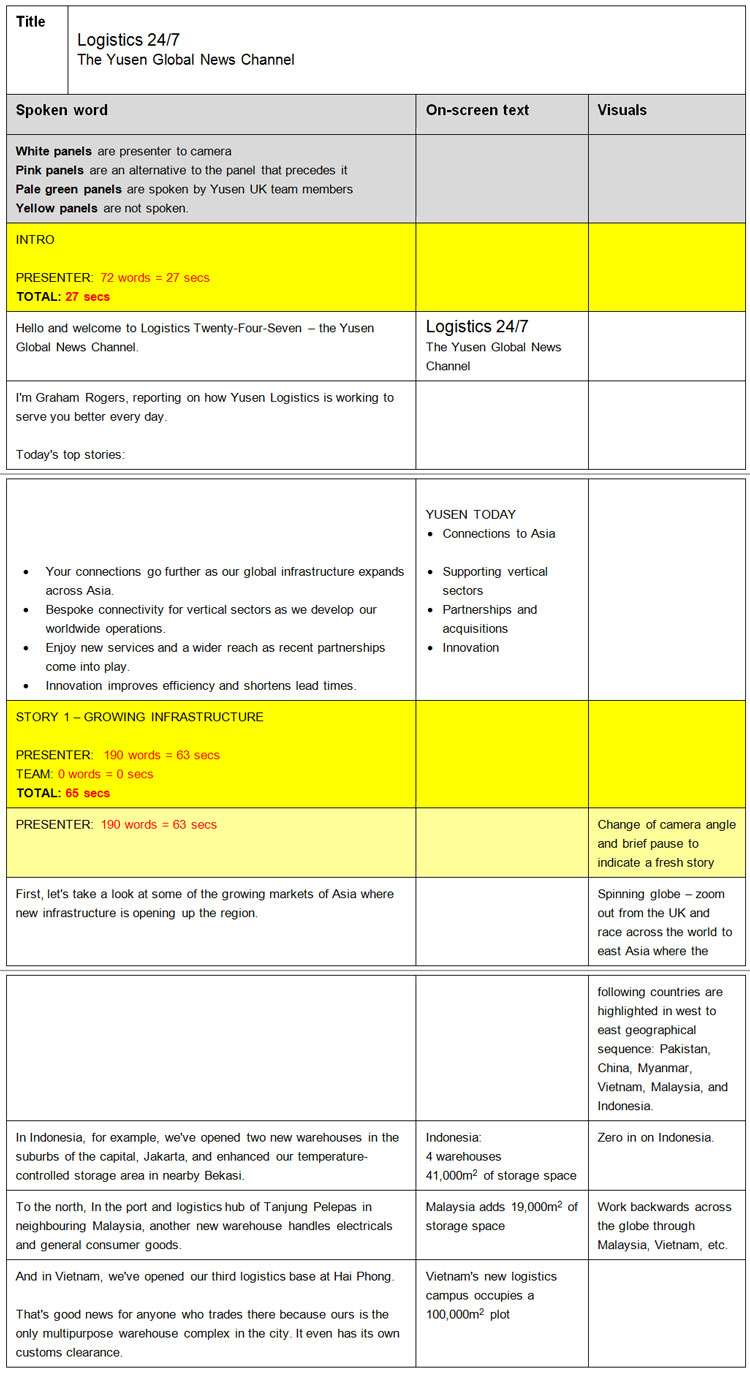 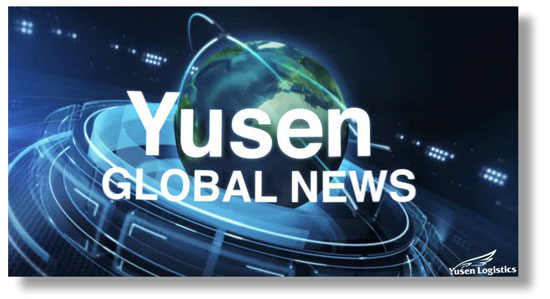 Yusen Logistics is active – and expanding – in just about every country in the world. To give its UK customers a sense of where the company was going, Yusen began its customer-conference day with a news-style video. They sent me a bundle of press releases and a string of topics, and left it to me to pull the script together.

My video scriptwriting was voiced face-to-camera by the presenter, Graham Rogers. The show was interspersed with cuts to members of the Yusen team to give it the lively feel of news on the move.

Although I encouraged Graham to use his own words, he chose to voice his piece verbatim. He said that I’d scripted it exactly the way he would say it.

The film was shot, directed, and edited by Pinpoint Design.