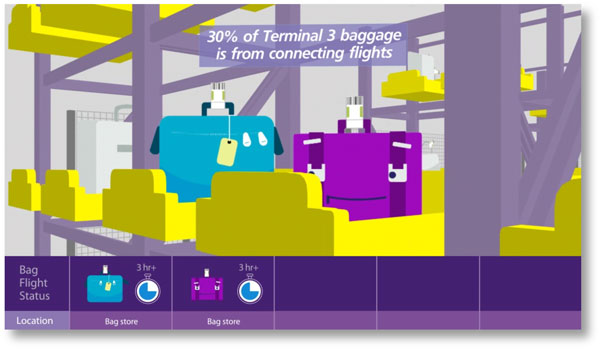 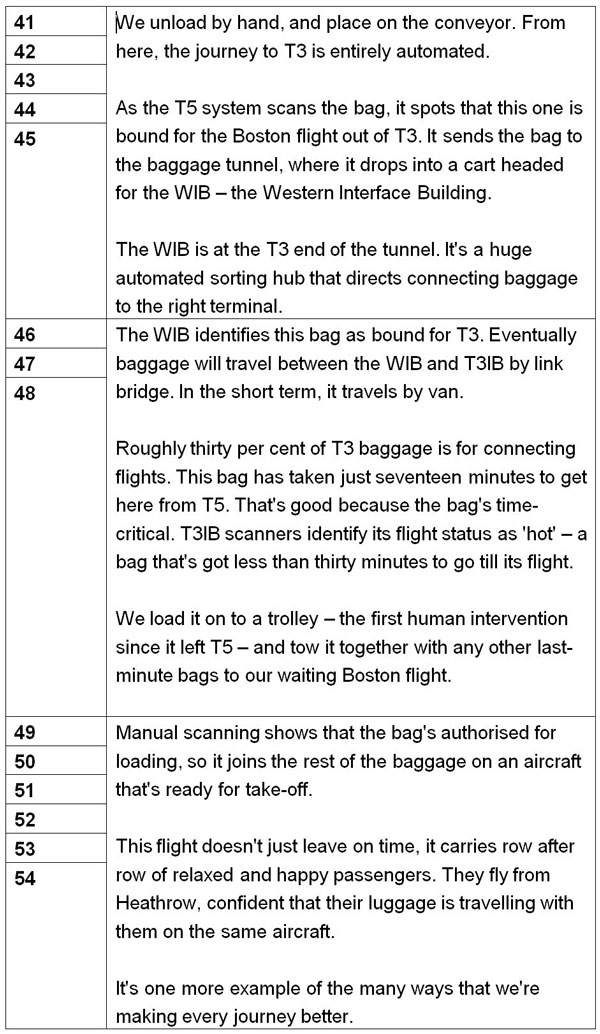 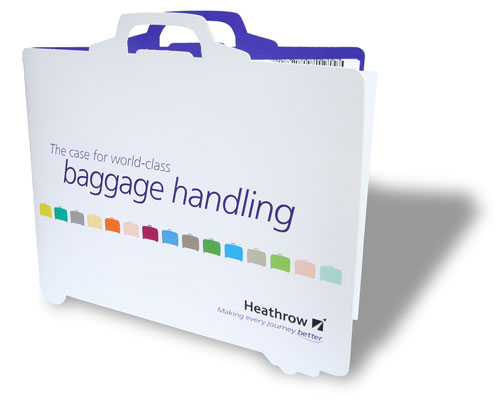 Heathrow has invested in new infrastructure on a huge scale. Some elements, such as Terminal 2, you can see; others are hidden from view. A new airport-wide baggage system is one of those behind-the-scenes changes that sped up the flow of bags and improved the reliability of baggage handling.

Heathrow’s challenge was to keep its stakeholders – the airlines and baggage handlers – on board and fully engaged with the changes. During the early stages, I wrote copy for an informative, baggage-shaped brochure (see image directly above). Later, as the launch date approached, I was the video scriptwriter for an animation that showed how the system worked. The animators, Chaos Design, came up with a neat idea in which the bags themselves had personalities.

There’s a short extract between the quote marks. To see the full video, click the link below.

See the full video, The case for world-class baggage handling, on the Heathrow website

I’ve written scores of pieces for Heathrow, including the airport’s style and tone-of-voice guide and a souvenir photobook to celebrate London 2012