Are there words for the ideal healthy snack? 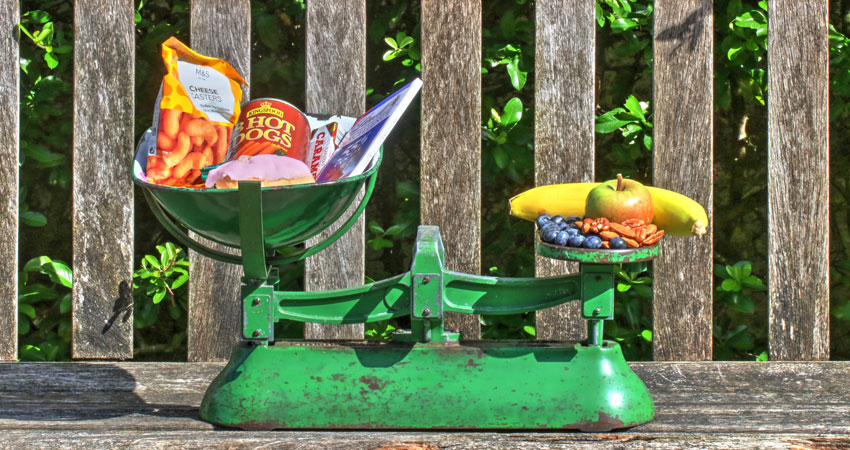 Is it possible to describe a consumer’s ideal snack in terms that are neither healthy nor unhealthy? That was the aim of a recent piece of Dutch research that asked 1,087 participants about their ideal snack and the characteristics that make a snack healthy or unhealthy.

They’re good questions because snacking behaviour is generally not healthy. Most of the increase in calories consumed over the past 20 to 30 years comes from snacks. Although people set out with good intentions, they end up snacking on fatty, sugar-rich foods.

If it turns out that there are words to make a healthy snack more appealing, food marketers and packaging copywriters would love to know.

It’s a truism that consumers love great-tasting snacks. The problem, as previous research has shown, is that there’s a strong association in consumer minds between tastiness and unhealthiness. If a snack’s healthy, it probably doesn’t taste so good. Worse, people think that an unhealthy snack is more satisfying than a healthy one. One eye-opening study revealed that consumers who’d been told that their snack bar was healthy, subsequently felt more hungry than those who’d been told it was tasty. The words we copywriters use to describe a snack really do matter.

Other studies have uncovered more negative aspects of health-flagging:

Taking health out of the consumer’s mind

Since snacking comes with so much verbal and mental baggage, the Dutch research team wondered what kind of snack a consumer would choose if it had no positive or negative health connotations. So they asked participants to describe the characteristics of their ideal snack. They followed up by asking participants for word associations with healthy and unhealthy snacks. The aim was to generate three sets of words, one for each class of snack: ideal, healthy, unhealthy. Could there be any helpful connections or correlations between the three sets? 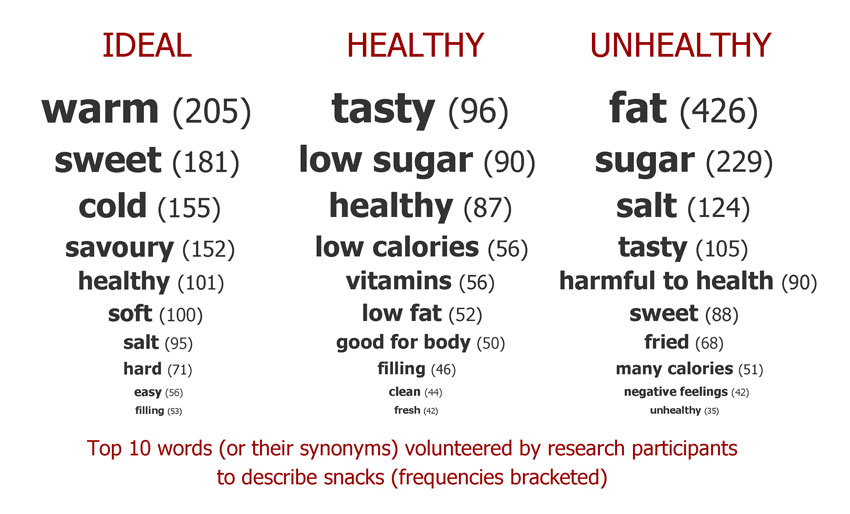 There is no one ideal snack

The big takeaway from this research is that consumers (or maybe just Dutch consumers – food choices have strong cultural influences) do not have a single ideal snack, nor even a range of ideal snacks. ‘Idiosyncratic’ is the word the researchers used to describe consumer preferences.

The word frequencies show that consumers have no trouble recognising the characteristics of an unhealthy snack. But they’re not so sure what constitutes a healthy one. They came up with far more words for healthy snacks and displayed much less uniformity over the top ones.

This may not be good news for health policymakers, but it bodes well for snack producers. There’s plenty of scope to devise healthy and innovative snacks to fit such a variety of ideal snack concepts. And the characteristics that consumers like most (warm/cold, sweet/savoury, soft/hard) tend to be sensory ones. If you can devise a snack that combines sensory experiences with healthiness, you could be on to a winner. In The Netherlands, if nowhere else.

See the original article, including word clouds and supporting data: Schlinkert et al, The snack that has it all: People’s associations with ideal snacks, Appetite, vol 152, September 2020, 104722.