Honest copywriting is the antidote to lies and boastfulness 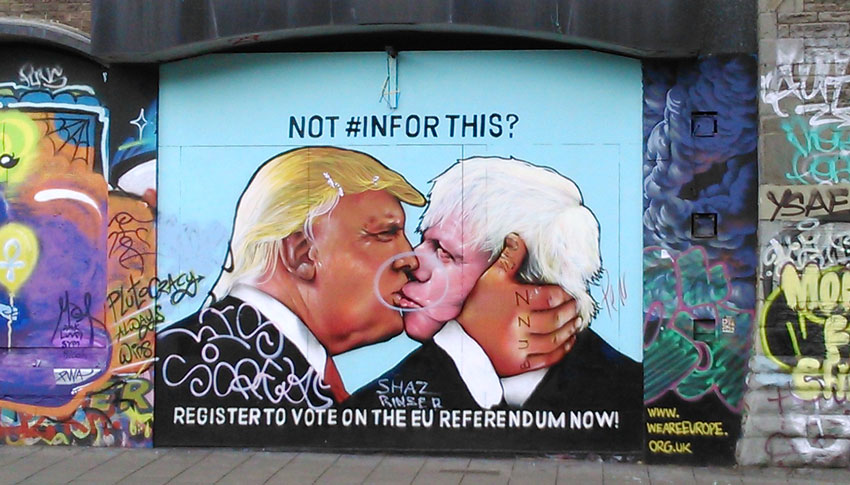 In a world in which yes means no, will means won’t, and truth is whatever you want it to be, it’s easy to forget how different things are in our personal and business relationships.

We don’t like liars, cheats, boasters, or tellers of half-truths. And we’re convinced we know how to spot them*. When we think someone’s blagging it, we’re on high alert – checking the body language and intonation, and testing whether what’s said has the ring of truth.

It’s the same with text. As readers we may have less information to work with, but we’re no less suspicious of dishonest twaddle. If we smell a rat, we move on.

Honest copywriting and the CAP Code

Although politicians can lie as often as they want, copywriters are bound by the law and the CAP Code. But that doesn’t mean they can’t make empty, unprovable boasts.

So what lessons can copywriters learn from politicians who are wildly or even untruthfully boastful? The good news is that your supporters (= your existing customers) already trust you, so they won’t challenge anything you say. But empty boasting doesn’t win over new customers. There’s no point telling your prospects how good you are because they won’t believe you. Why should they? They’ve got their guard up, and you’re just a stranger talking bigly about events of which they have no experience.

Instead of telling prospects about your ‘well-earned reputation’, ‘proven track record’, and ‘commitment to the community / the environment / world peace’, give them some honest copywriting they can work with. Provide facts and examples; tell the human side of the story; let your truthfulness and personality shine through. Give your readers the information they need to make up their own minds.

Let readers make up their own minds

When readers can tell that your piece comes from the heart, that it contains useful content they can process, and that you trust them to think for themselves, they’re much more likely to be on your side.

You haven’t told them how brilliant you are; they’ve decided for themselves that you’re pretty good at what you do. And that is a much more powerful result.

* Although there are numerous online guides to spotting a liar, most surveys show that we’re not very good at it, and that traditional techniques don’t work: http://www.bbc.com/future/story/20150906-the-best-and-worst-ways-to-spot-a-liar