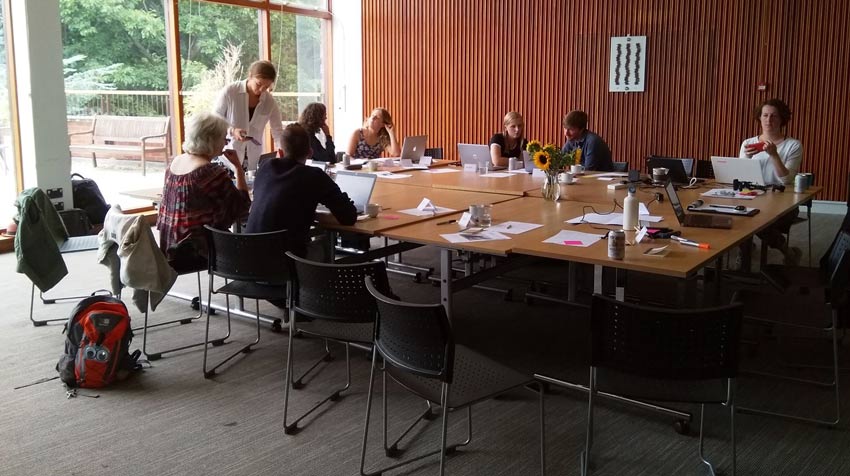 Copywriters rely on facts. They can put a spin on things, but if their story’s not rooted in fact, it’s waffle.

But what are the facts? Some clients have everything nailed; others (mostly those that rely on their PR teams for ideas) quote the first page that comes up in a Google search. So where do you go to find the data to back up the grand claims in your copy? To a decent reference work (always check more than one) or (best of all) to the source material, not an edited online summary. You need the original source because, as the team at AccessLab explained, intermediaries routinely distort scientific research to make a better story.

AccessLab is a project developed by the British Science Association, NERC, and FoAM to encourage ordinary people to check scientific research for themselves. The idea is that when you next read that a study shows how eating lard helps with weight loss, you’d know how to find out if it’s true – and under what circumstances.

Here’s what to look for when you want to check the science behind the headline.

► Who did the research?
You don’t need us to tell you that a scientist is likely to be a more trustworthy witness to the health benefits of lard than a representative of the British Lard Association. Look for the names of the team involved and the organisations they work for. Can you find evidence that they’re legitimate scientists and scientific institutions?

► When did they do it?
Is this really new research or something so old it’s already been confirmed or disproven by other studies?

► Who funded the research?
If the lard researchers are legit but their work was funded by the British Lard Association, you’d wonder about the independence of their findings.

► Can you see the original research paper?
This is often the hardest part. Much published research is hidden behind paywalls. But don’t be put off. Seasoned researchers have learned that clicking the link often produces the paper without money changing hands. Each paper has a unique code – a digital object identifier or doi. Another option is to write directly to the author. Most authors will be so delighted you’re interested in their research they’ll send you a copy. Or, if you know a friendly academic, they may be able to get the paper for you through their university access routes.

► Did the authors do what the article says they did?
Read the research to see if the actual science matches the hype of the article you saw. The article may have exaggerated the results or the person who wrote it could have introduced data from elsewhere.

► Was the sample size big enough?
How many people, events, or instances were tested? You don’t need to be a statistician to tell whether the sample size is big enough to be meaningful and whether it’s representative of people in general or just a narrow subset of the population.

► Can you see the actual data?
It’s a good sign if researchers publish their data. Non-scientists and non-statisticians might not be able to make much of it, but you can be confident that the data will give those in the know what they need to make a reasoned assessment.

Researching around the topic

Now you know the facts – that lard really does help you lose weight – you might want to learn about other ways that lard can improve human health. The starting point is Google Scholar, an arm of Google that not one of the non-specialists at AccessLab had ever heard of. Google Scholar cuts out the dross – the flat-earthers and conspiracy theorists – by limiting your search to published academic papers.

There’s no simple way to find relevant papers. Even seasoned researchers struggle when they’re researching topics outside their specialist area. If you see a paper on Google Scholar that looks promising, open it up to look for more clues. Even if this particular paper doesn’t answer your question, it may well cite papers that do answer it or take you closer.

For example, could you look for papers that cite the results of a paper that you already know to be connected to your topic? Is there an author who’s active in this area? If so, what else might they have published? Would it be better to reframe your search question? You have to scratch around till you zero in on what you’re looking for.

A few facts about scientific research